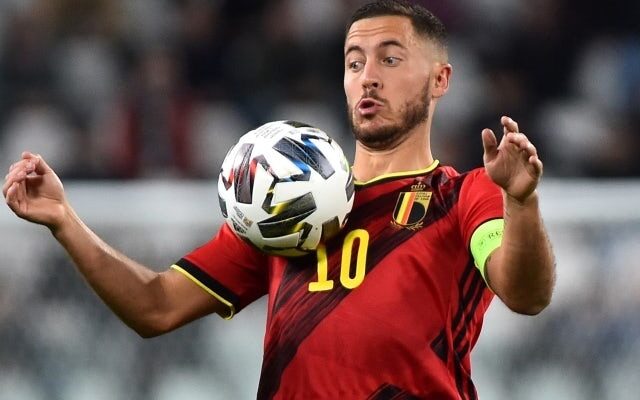 Chelsea are reportedly considering bringing back Eden Hazard to the club on a loan deal.

The Belgian winger left the Blues to join Real Madrid in 2019 after spending eight years with the Blues, but he has struggled since arriving in Spain.

Hazard has dealt with injury problems and has not managed to consistently nail down a place in the starting XI, which has led to a lot of speculation over his future.

Real Madrid are now looking to cash in on him, according to ABC, with the Spanish outfit aiming to sell the Belgium captain in the summer transfer market.

The report added that this could open the door for him to return to London, with the Blues reportedly considering a loan deal in January, with an option to then purchase him at the end of the season being placed into that.

Hazard made 352 appearances during his time with Chelsea, scoring 110 goals for the club in the process.