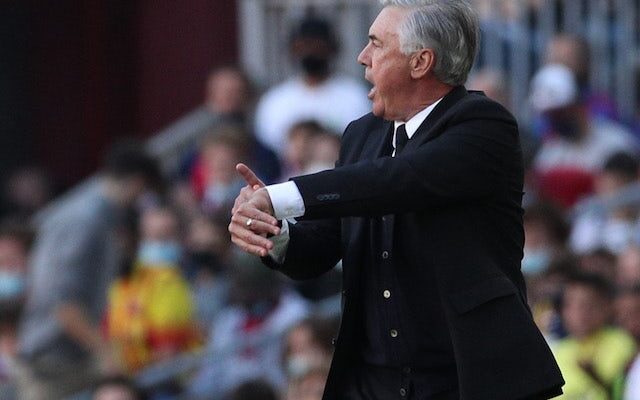 Carlo Ancelotti will be bidding to secure his 100th win as Real Madrid manager when Los Blancos welcome Rayo Vallecano to the Bernabeu on Saturday night.

The experienced head coach celebrated his 99th victory as Los Blancos boss against Shakhtar Donetsk in the Champions League last week courtesy of a brace from Karim Benzema.

Ancelotti will now be hoping to become just the seventh Real Madrid manager to reach 100 victories in the dugout when Rayo make the trip to the Bernabeu.

Ancelotti is on course to become the second-fastest head coach, behind Jose Mourinho, to reach 100 victories in the Real Madrid dugout.

The Italian won the Copa del Rey, Champions League, UEFA Super Cup and Club World Cup during his first spell at the club but is yet to lift a La Liga title at the Bernabeu.