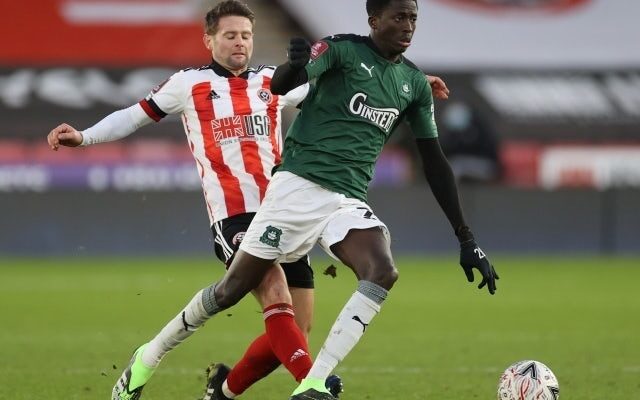 The midfielder has started all 17 games for the Pilgrims so far this season, and he has managed to register two goals and assists during that period.

Camara was man of the match during their recent FA Cup match against Sheffield Wednesday, on a day where he reportedly had 12 different clubs watching him.

According to Football Insider, Burnley were amongst those that sent a scout to go and watch him in action, with Sean Dyche‘s side keeping an eye on his progress.

The Bissau-Guinean’s contract is set to expire at the end of the season and the report noted that he is unlikely to stay with Plymouth after that point.