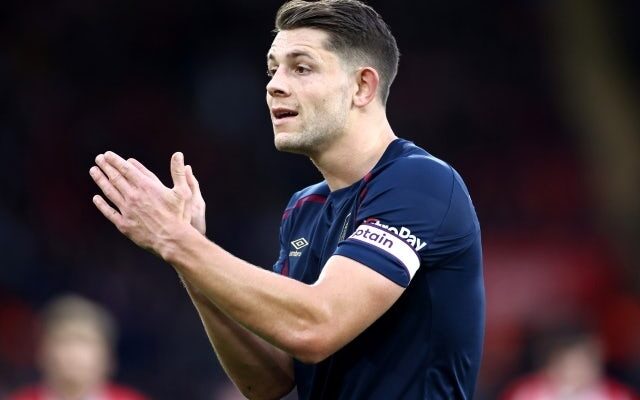 Burnley are reportedly set to block James Tarkowski from leaving the club in January amid transfer speculation for the central defender.

Both West Ham United and Newcastle United are heavily interested in signing the 28-year-old in the upcoming window, but it appears that may not be an option.

Football Insider is reporting that the club is set to block any potential deals for him in January, despite the fact that his current contract with the Clarets ends next summer.

Burnley have made the decision that allowing Tarkowski to leave in January would be too big of a risk as the club prepares for a relegation battle within the Premier League.

Right now, Sean Dyche‘s men find themselves 18th in the table as they prepare to face Crystal Palace at the weekend.

Tarkowski has been with the club since 2016 and he has made 194 appearances during that spell, with the defender now set to stay for the rest of the season, where he could then leave for free in the summer.