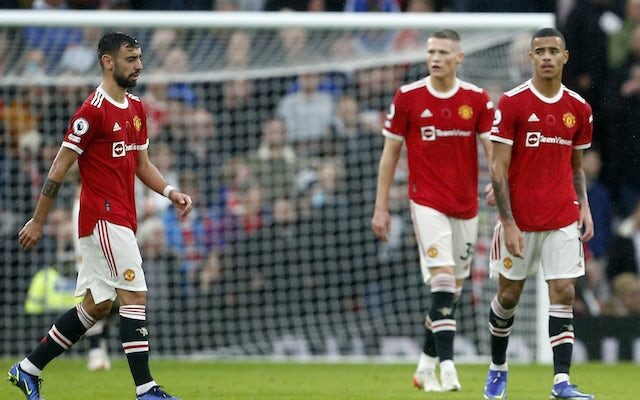 Manchester United attacker Bruno Fernandes has said that the team ‘must protect David de Gea better’ if they are to overcome a difficult period.

The Red Devils suffered a 2-0 defeat to Manchester City in the Manchester derby on Saturday, which made it three losses in their last four Premier League fixtures at Old Trafford.

Man United only had one attempt on target against the Citizens, while De Gea had to make a string of impressive saves in the first half to keep the score down.

Fernandes has demanded that his side find a way to offer more protection to their goalkeeper, who has only kept two clean sheets in 15 appearances in all competitions during the 2021-22 campaign.

“It’s always a bad time to concede a goal but the problem is the way we concede goals. It’s too easy,” Fernandes told MUTV. “As I said, many, many times, if not for David, the result could be much higher and worse for us.

“We have to protect David better. Because he is protecting us a lot and we have to help him. He cannot make, every game, eight [or] nine saves and still concede goals.”

Fernandes also claimed after the derby defeat that his side ‘are not on the same level’ as Man City.