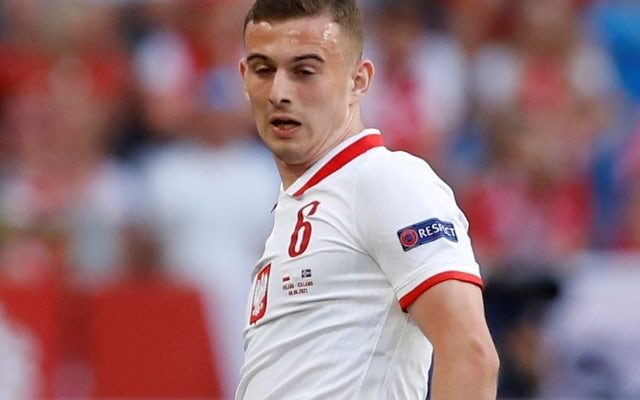 The 18-year-old midfielder has established himself as one of the brightest prospects in the Polish top-flight with Pogon Szczecin, who are challenging for their first league title this campaign.

Kozlowski, who became the youngest player to appear at this summer’s European Championships, has become a first-team regular for Szczecin this season, scoring three goals and registering four assists in 25 appearances.

According to the Daily Mail, Brighton are in advanced talks to sign the teenager for £8m in the winter window, moving ahead of Manchester City, Liverpool and AC Milan in the race to sign the midfielder.

The report adds that the Seagulls plan to immediately send Kozlowski on loan to Belgian outfit Union SG until the end of the 2021-22 campaign, subject to a work permit.

Kozlowski, who made his senior debut as a 15-year-old, has played 42 times across all competitions for Pogon Szczecin and has also received six caps for the Polish national team.