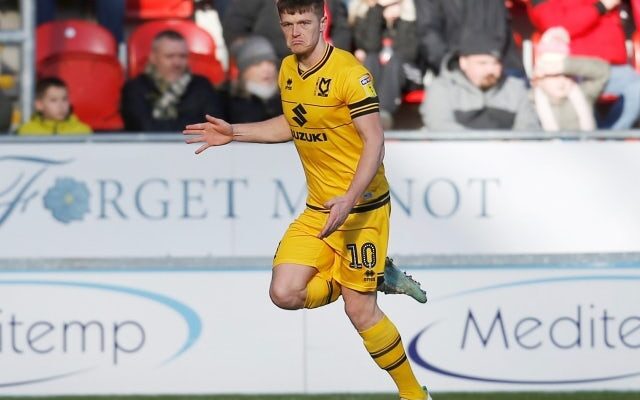 Brighton & Hove Albion are one a number of clubs who have been scouting Toulouse striker Rhys Healey, according to a report.

Healey, 26, joined the Ligue 2 outfit from MK Dons in the summer of 2020 for a fee in excess of £1m, and has since enjoyed his time in the South of France.

The Manchester-born striker is currently the top goalscorer in the second tier of French football, netting 11 times in 15 appearances for league leaders Toulouse.

According to TEAMtalk, Brighton were among a dozen clubs who sent scouts to watch Healey play in Toulouse’s 4-1 victory against Sochaux last weekend, in which the Englishman scored all four goals.

Burnley, Norwich City, Blackburn Rovers, Sheffield United and West Bromwich Albion are believed to be other clubs from the Premier League and the Championship who had representatives watching the striker at the Stadium Municipal.

Healey has just over 18 months remaining on his contract and Toulouse could be tempted to cash in on their star man if a significant offer was made in one of the upcoming transfer windows.