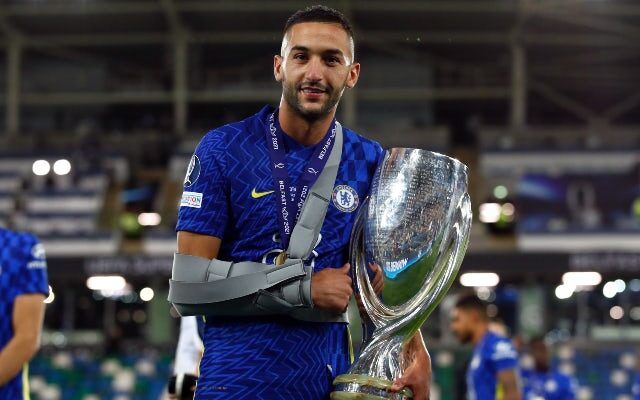 The 28-year-old was linked with a move away from Stamford Bridge over the summer, having struggled to settle since arriving from Ajax, but the transfer window closed with the Moroccan still in London.

Ziyech has featured on 10 occasions in all competitions this season, scoring twice and providing one assist, but he has only made four appearances in the Premier League.

There is once again speculation surrounding the Morocco international’s future, and according to Bild, he is keen to leave the Blues at the start of 2022 for pastures new.

The report claims that Dortmund are keen on the attacker, who could make the move to Germany on an initial loan deal, as his Chelsea contract is due to run until June 2025.

Ziyech has scored eight times and registered five assists in 49 appearances for the Blues since arriving from Dutch giants Ajax in July 2020.