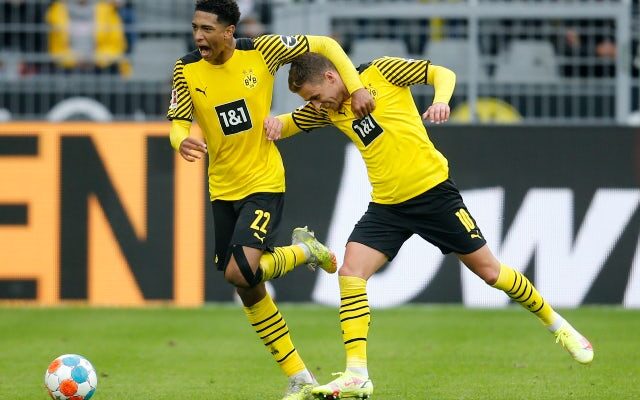 The former Birmingham City youngster has attracted speculation surrounding a return to England with Premier League giants Liverpool, Chelsea and Manchester United all believed to hold an interest in the 18-year-old.

Bellingham has started this campaign strongly for Marco Rose‘s side, scoring three goals and providing six assists in 13 appearances across the Bundesliga and Champions League.

After the Englishman dismissed rumours linking him with a move to Anfield, Dortmund’s director, Zorc, has now added further comments on the teenagers future, telling BILD: “Bellingham made a conscious decision in favour of Borussia and the concept that we presented to him. His development in Dortmund is far from over. His head is very clear.”

Bellingham only managed one goal in 29 Bundesliga appearances last season, and so the youngster has already improved on that stat this campaign, netting twice in the first 10 outings.

Since arriving in Germany from Birmingham in 2020, Bellingham has gone on to score seven goals and register 10 assists in 62 appearances for the club.