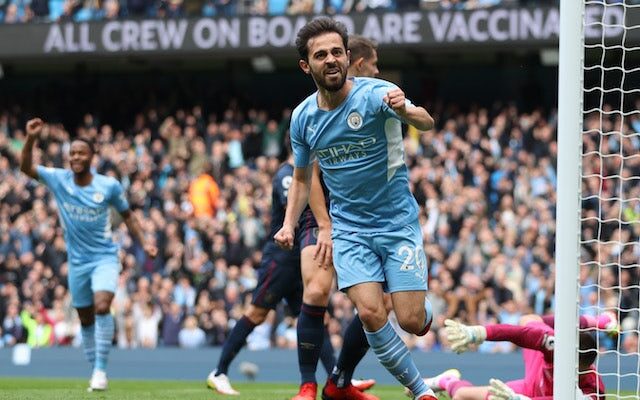 Bernardo Silva has said that he is “happy” at Manchester City amid rumours that the Portugal international could again seek a move away from the Etihad Stadium in January.

Citizens boss Pep Guardiola confirmed over the summer that the playmaker wanted to leave the club, with the attacker allegedly keen to move to Spain in order to be closer to his family.

Barcelona and Atletico Madrid were linked with the Portuguese, but the summer window closed with the playmaker still at the Etihad Stadium.

The 27-year-old has been a regular for Man City this season, making 14 appearances in all competitions, and he has revealed that he is “feeling happy” at the club.

“I’m feeling happy right now. I love the club, I’ve always loved the club. I feel the love from the fans, from the staff and from my teammates and that was never the question,” Silva told Sky Sports News.

Barcelona are believed to have been keen to sign Silva over the summer, but the Catalan club’s financial problems prevented them from entering into serious discussions with the Premier League champions.