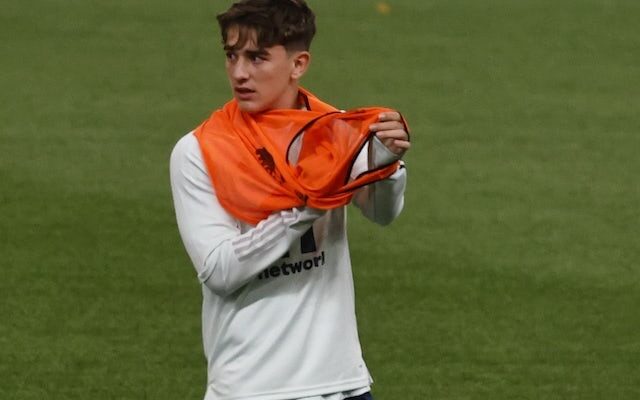 Barcelona starlet Gavi reportedly has no interest in swapping Camp Nou for Chelsea.

The midfielder is already a regular for club and country at the tender age of 17 and finished in the top five of the Golden Boy 2021 alongside teammate and winner Pedri.

Barcelona are understood to be working on a new deal for Gavi, whose existing terms expire in 2023, but Chelsea are rumoured to be preparing to trigger his £42m release clause.

However, Sport via Sport Witness claims that the teenager has ruled out the possibility of leaving Barcelona and is keen to agree to a new-and-improved deal with the Blaugrana.

The report adds that Barcelona want to insert a €1bn (£841.3m) release clause into his new contract, with Joan Laporta expecting Gavi to remain in Catalonia for many years to come.

Gavi has one assist from 15 games in all tournaments this season and has started 10 of those matches, although he is yet to complete the full 90 minutes at senior level.