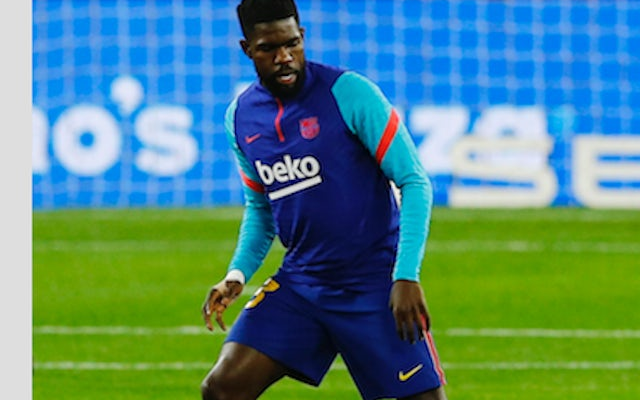 Barcelona are reportedly preparing to terminate the contract of outcast Samuel Umtiti.

The World Cup winner fell out of favour under Ronald Koeman and is yet to play a single minute of football in any competition this season.

Umtiti remained at Camp Nou over the summer despite consistent links with a move elsewhere, and Barca have supposedly resorted to begging the centre-back to leave in January.

However, Sport claims that Barca may now simply decide to terminate Umtiti’s deal after he refused to take a pay cut on his weekly £208k salary.

The report claims that Umtiti cannot expect his playing situation to improve under Xavi, who is also not a fan of the former Lyon man.

Umtiti has won two La Liga titles and three Copa del Reys during his time with Barcelona, registering two goals in 132 games, and the 28-year-old has been linked with a return to Lyon as he runs down his Blaugrana deal.