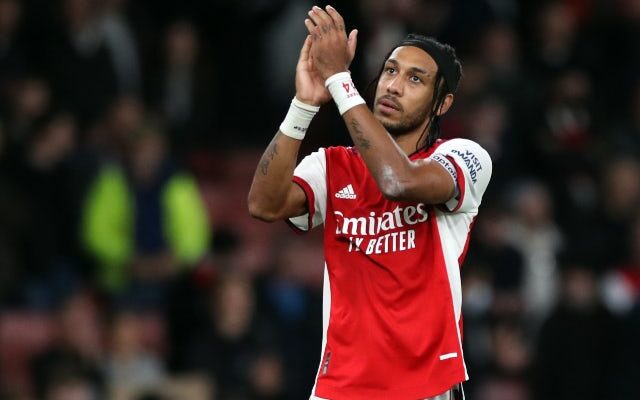 Barcelona are reportedly ready to explore the possibility of signing Arsenal forward Pierre-Emerick Aubameyang during the January transfer window.

The Catalan giants will be without the services of Sergio Aguero for at least the next three months, as the Argentina international’s health is monitored after he suffered with chest pains against Alaves last weekend.

According to El Nacional, Barcelona, despite their financial problems, are planning to bring a new striker to the club at the start of 2022, with Luuk de Jong‘s loan spell from Sevilla likely to be cut short.

The report claims that Aubameyang is a target for the La Liga outfit, who are allegedly on the verge of confirming Xavi as their new head coach.

Aubameyang has been in impressive form for the Gunners during the 2021-22 campaign, scoring seven times and contributing two assists in 10 appearances in all competitions.

The 32-year-old’s current deal at the Emirates Stadium is due to run until June 2023, but he was linked with an exit over the summer, with reports suggesting that he is unsettled in North London.