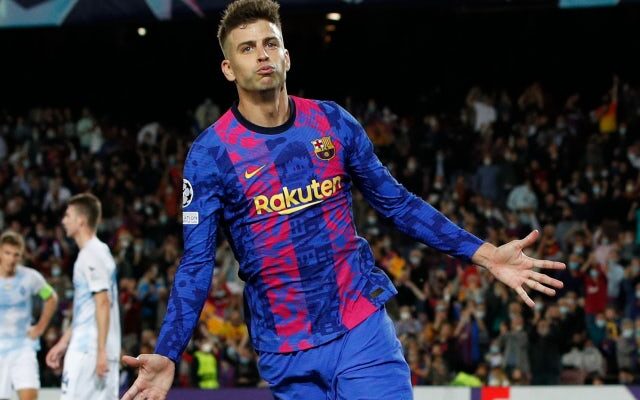 Barcelona have revealed that Gerard Pique will be out for ‘the foreseeable future’ with the ‘right calf strain’ that he suffered during Saturday’s La Liga clash with Alaves.

The experienced centre-back had to be substituted in the 70th minute of the 1-1 draw, with Clement Lenglet entering the field as his replacement.

The 34-year-old damaged his calf at Camp Nou, and the Catalan giants said in a statement that the Spaniard is now facing a long period on the sidelines.

“Tests this morning confirmed first-team player Gerard Pique has a right calf strain and will be out for the forseeable future,” read the statement.

Pique has again been an important player for Barcelona during the 2021-22 campaign, making 13 appearances in all competitions, scoring two goals in the process.

The La Liga giants will also be missing Sergio Aguero while the Argentina international undergoes tests to determine why he suffered chest pain during Saturday’s clash with Alaves.