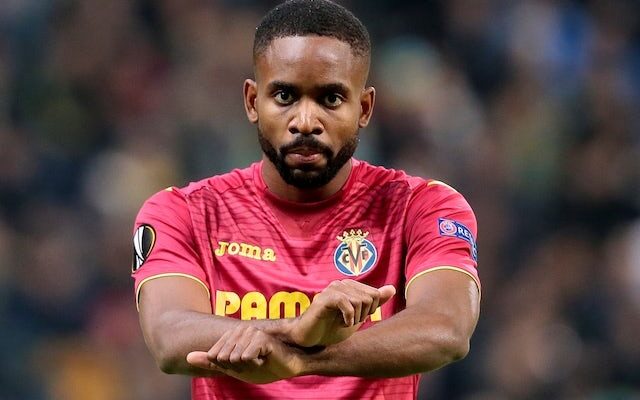 Barcelona are reportedly in discussions with Cedric Bakambu over a move to Camp Nou in January.

The 30-year-old’s current deal with Beijing Guoan is due to expire at the end of December, meaning that he will, as it stands, become a free agent at the turn of the year.

Barcelona are looking to bring a new forward to the club at the start of 2022, as Sergio Aguero has been ruled out for three months, while Luuk de Jong is likely to return to Sevilla in January.

According to AS, the Catalan giants have ‘started contacts’ over a move for Bakambu, who has scored 58 goals and registered 21 assists in 87 appearances for his current side in all competitions.

The Congo international previously played in Spain between 2015 and 2018 for Villarreal, scoring 47 times in 105 appearances during a successful period with the Yellow Submarine.

Barcelona have also been linked with the likes of Manchester United’s Edinson Cavani and Arsenal’s Alexandre Lacazette, who are both out of contract at the end of the 2021-22 campaign.