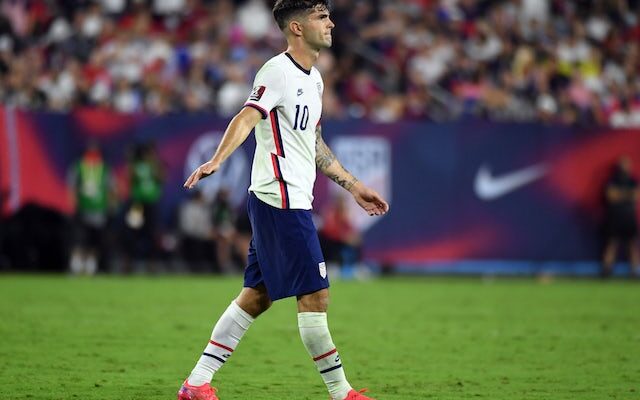 Chelsea are reportedly prepared to allow Christian Pulisic to leave the club in January.

The United States international has only made four appearances for the Blues during the 2021-22 campaign, having been absent for a long spell due to an ankle problem.

The 23-year-old did feature in Chelsea’s last Premier League match against Burnley before the international break, but his future with the Champions League holders is far from secure.

A recent report claimed that Barcelona had identified Pulisic as a potential loan signing at the start of 2022, with the Catalan giants keen to bring a new attacker to the club.

According to El Nacional, Chelsea boss Thomas Tuchel is prepared to allow the American to leave the club in January either on a permanent or short-term basis.

The former Borussia Dortmund youngster, who still has three years left to run on his current deal in London, has scored 18 goals and registered 14 assists in 81 appearances for the Blues in all competitions.