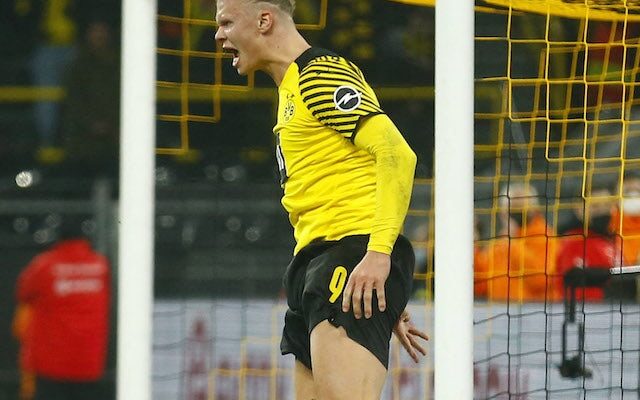 With a release clause present in his contract which becomes active in 2022, the Norway international is likely to be inundated with offers during the summer.

Real Madrid are regarded as one of the favourites to sign the 21-year-old, president Florentino Perez wanting to bring in both Haaland and Kylian Mbappe.

However, according to Marca, the prospect of that partnership is partly behind his Barcelona counterpart Joan Laporta springing into action.

Despite the ongoing financial issues at the Catalan giants, Laporta will attempt to negotiate a deal with Haaland’s agent Mino Raiola, who he met earlier this month.

The report claims that Laporta has an “obsession” over finalising terms for a striker who has scored 76 goals in 74 appearances at the Westfalenstadion.

Manchester City are also among the clubs who will act as fierce competition for Haaland.