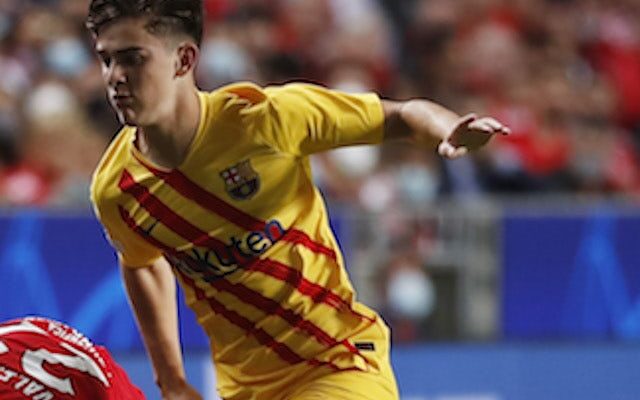 Barcelona will reportedly put their contract proposal to Gavi “in the next days”, with the Catalan outfit believing that it is only a “matter of time” before an agreement is reached.

The 17-year-old, who became Spain’s youngest ever international last month, has broken into the Barcelona first team this season, making 14 appearances in all competitions.

Gavi’s current deal at Camp Nou is due to expire in June 2023, and a number of clubs, including Manchester United and Liverpool, have allegedly been keeping a close eye on the situation.

However, according to Italian journalist Fabrizio Romano, Barcelona are confident of reaching an agreement with the midfielder over a new five-year contract.

Romano claims that the deal will be discussed “in the next days”, and the proposed agreement will include a yearly rise in wages for the Spain international.

Gavi has made 10 La Liga appearances for Barcelona during the 2021-22 campaign, in addition to featuring in all four of their Champions League matches against Bayern Munich, Benfica and Dynamo Kiev.