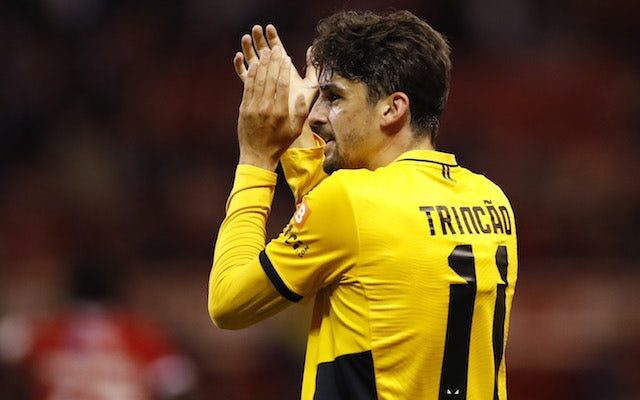 During the summer transfer window, the cash-strapped Catalan giants allowed Trincao to move to Molineux on a season-long loan, handing the Premier League outfit the option to make a deal permanent at the end of the campaign.

While the Portugal international has endured a mixed opening three months at Molineux, the 21-year-old has started eight of 11 league games.

However, according to Record, Xavi wants Trincao back at Camp Nou as soon as possible, seemingly wanting to use the player from January onwards.

Despite Trincao technically still being a Barcelona player, Wolves have the right to make any decision with regards to the player’s future given the terms of the loan agreement.

Much will depend on whether Bruno Lage still sees Trincao as a long-term option in his squad with no goals or assists coming from 626 minutes of Premier League football.