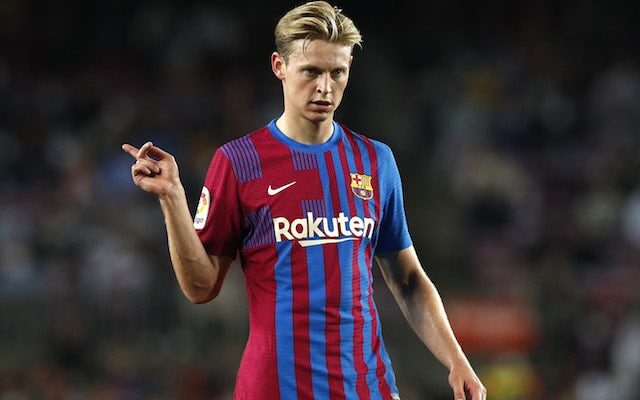 Barcelona boss Xavi has insisted that Frenkie de Jong and Gavi will not be leaving the club next year.

Both players have been linked with a move away from Camp Nou, with the Catalan giants believed to be prepared to sell De Jong to ease their financial problems.

Gavi’s future also continues to be called into question, with the 17-year-old – said to be admired by Liverpool, Manchester United and Chelsea – yet to sign a new deal with Barcelona despite a host of speculation.

However, Xavi has said that there is no chance of either player leaving the club either in January or during next summer’s transfer window.

“We need them [De Jong, Gavi] – they are not for sale at all. Selling them isn’t our idea,” Xavi told reporters.

A recent report claimed that the Catalan club would be prepared to sell De Jong if they received an offer in the region of £75m, with Manchester City said to be interested in the Netherlands international.

Barcelona are working to sign Gavi to a new contract at Camp Nou, meanwhile, as the Spain international’s current deal includes a release clause of £42m.