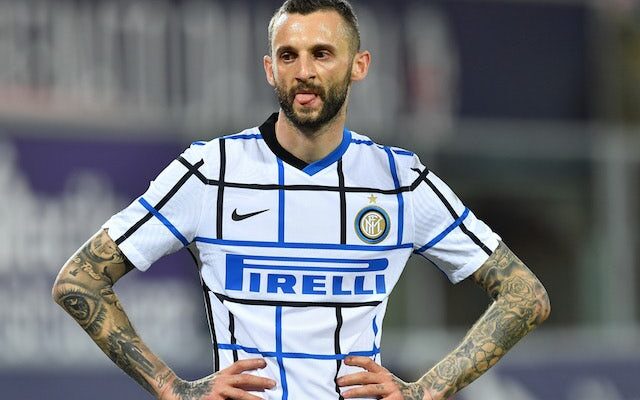 Atletico Madrid are reportedly hoping to steal a march in the race for Inter Milan midfielder Marcelo Brozovic.

The Croatia international is yet to extend his stay with the Serie A champions beyond 2022 and can discuss pre-contract terms with foreign clubs come January.

Tottenham Hotspur, Barcelona, Bayern Munich and Paris Saint-Germain have all been credited with an interest in Brozovic, while Manchester United have also been tipped to swoop for the the 28-year-old.

However, journalist Ekrem Konur claims that Atletico are already preparing an offer for Brozovic in the hopes of fending off interest from the Premier League.

Konur claims that Atletico are willing to offer the Croatian a two-year deal with the option of a third, with Diego Simeone in particular keen to lure him to the Wanda Metropolitano.

Brozovic boasts one goal and two assists from 15 appearances in all competitions this tern, taking his total tally for Inter to 26 goals and 35 assists from 257 games.