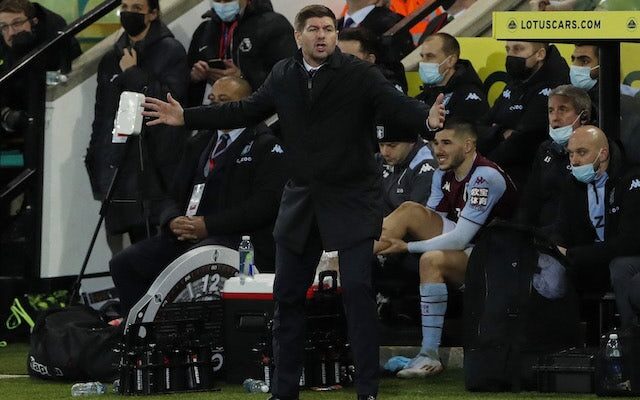 Aston Villa are on the brink of equalling a 24-year streak in their Premier League fixture against Brentford on Sunday afternoon.

The West Midlands outfit have been much improved since the arrival of Steven Gerrard with four victories being collected from seven matches.

With at least one game in hand on many of the clubs above them, Villa head into the weekend in 12th position in the table, despite posting 10 defeats in 18 contests.

However, a lack of draws has benefitted Villa, with their one and only stalemate of the season coming all the way back on August 28 when the reverse fixture with the Bees ended 1-1.

Fifteen matches have come and gone since that result, and a victory or defeat in the capital on Sunday would equal their 16-match streak without a draw during the 1997-98 campaign.

Villa opened up the following season with a draw at Everton, meaning that they went from January 17 to August 15 in 1998 without registering a share of the spoils.