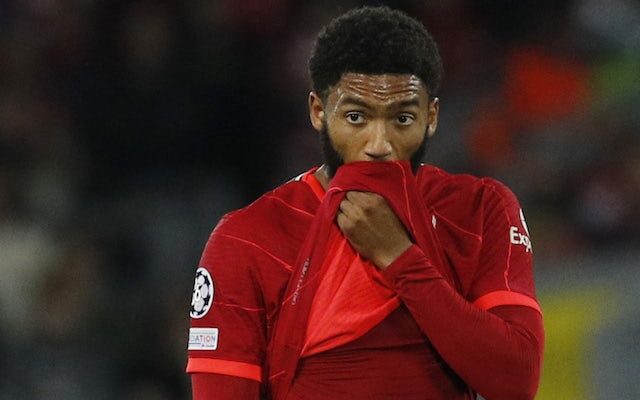 Steven Gerrard has enjoyed a terrific start as manager of the West Midlands outfit, collecting 12 points from a possible 18 in the Premier League.

However, the England legend will be provided with funds for the January transfer window, and Gomez is allegedly on his shortlist.

According to Calciomercato, an official approach has been made for the England international, who has barely featured for Liverpool this season.

The versatile 24-year-old has made just one start and five substitute appearances in England’s top flight and the Champions League, with a further two outings coming in the EFL Cup.

Nevertheless, despite his lack of game time, Gomez’s ability to play in a number of positions will almost certainly lead to Jurgen Klopp refusing to part ways with him at the midway point of the campaign.