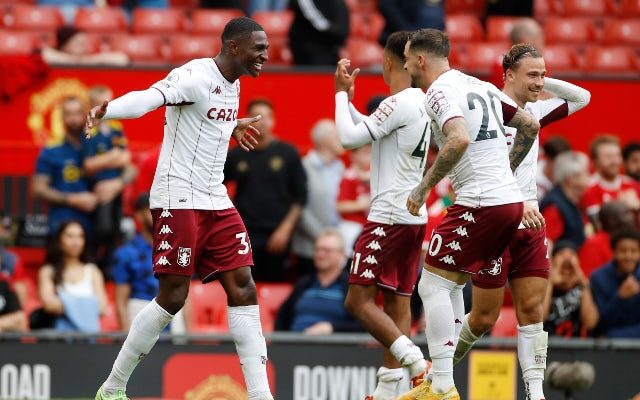 Aston Villa will be attempting to end a 67-year wait when they square off against Manchester United in the Premier League on Saturday evening.

The two teams are meeting for the second time in less than a week, United overcoming Villa by a 1-0 scoreline in the FA Cup third round on Monday.

However, when the teams went head to head at Old Trafford in the top flight in September, it was Villa who came out on top, Kortney Hause netting a late goal to secure all three points.

That victory has provided Villa with the opportunity to finally record a league double over United for the first time since 1954-55.

Nevertheless, the odds are not stacked in their favour with Villa having gone 22 top-flight home fixtures against United without recording a win.

Remarkably, United have also been awarded a penalty in each of the last four Premier League games between the clubs.