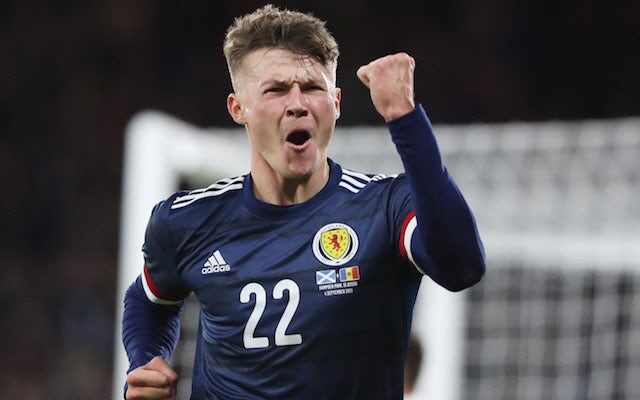 Aston Villa are reportedly contemplating whether to join the race to sign Rangers defender Nathan Patterson.

The 20-year-old has broken into his club and country’s senior ranks over the past 12 months, making 22 appearances for Rangers and earning six caps for Scotland.

Patterson, an attack-minded right-back, also netted his first international goal last week, and it appears that a number of clubs are beginning to take note.

According to 90 min, former Rangers boss Steven Gerrard has informed officials at Villa that he sees potential in the player for the future.

Despite making just four starts in the Scottish Premiership, Patterson could be regarded as immediate like-for-like competition for Matty Cash.

The report adds that Bayern Munich, Paris Saint-Germain and Atletico Madrid have also sent scouts to watch Patterson in recent months, further indication that at least one bid could be made in January.