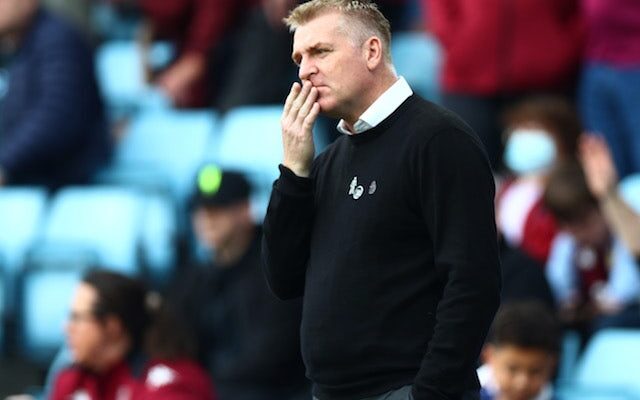 Aston Villa manager Dean Smith has acknowledged that he has concerns regarding a number of referring decisions which have been made over recent weeks.

Smith disagreed with the call to give Arsenal a penalty during his side’s defeat at the Emirates Stadium, as well as the decision to hand Ezri Konsa a red card for a professional foul against West Ham United last weekend.

Both decisions were made with the intervention of VAR, and there were two other instances of last-man fouls in the Premier League last weekend which led to different outcomes.

Commenting on the occurrences as a whole, Smith has suggested that he has been left worried about what he perceives to be a lack of consistency.

Speaking to reporters at a press conference, the Englishman said: “I’m concerned about the consistency of it. All three could have been DOGOS (Denial of Goalscoring Opportunity) or not.

“We had VAR built into football to make it a cleaner system but not to re-referee football games. In the last two games we’ve had decisions re-refereed. Neither of ours have been clear and obvious. We lost the appeal, the appeal was upheld of Ezri Konsa.”

Villa square off against Southampton on Friday night looking to end a run of four successive defeats in the Premier League.