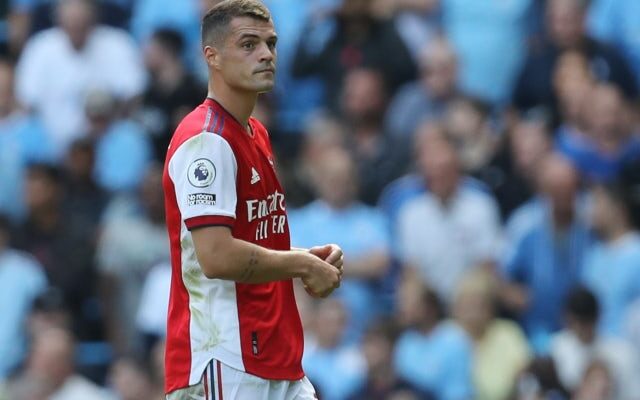 Arsenal midfielder Granit Xhaka has affirmed that his “door will be open” to a return to Borussia Monchengladbach in the future.

The 29-year-old represented the Bundesliga outfit for four years between 2012 and 2016, making 140 appearances for the club before making the switch to North London.

Xhaka penned a new deal with Arsenal until 2024 just this summer, but his future at the Emirates remains unclear amid reports claiming that Roma are preparing to reignite their interest.

A return to Monchengladbach has also been on Xhaka’s mind, with the midfielder telling the Mit Geredet podcast: “I never made the move from Borussia to Arsenal for the money. It was a dream for me to play in England.

“I have just extended my contract, which still has two and a half years to run. Then I’ll be 32, and if Max Eberl (Monchengladbach’s director of sport) is willing to bring me back when I’m 32, my door will be open.”

The Switzerland captain is currently sidelined until 2022 with a serious knee injury and has 13 goals and 20 assists to his name from 225 appearances at Arsenal.