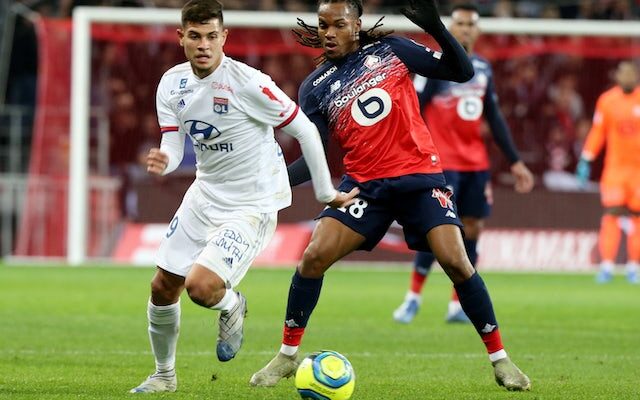 Arsenal will reportedly face competition from Everton and Newcastle United if they move for Lyon midfielder Bruno Guimaraes either in January or at the end of the campaign.

The 24-year-old has again been an important player for his French club during the 2021-22 season, making 22 appearances in all competitions, contributing five assists in the process.

A recent report claimed that Arsenal had opened talks with Lyon over a move for Guimaraes, who is believed to be valued by his Ligue 1 side in the region of £38m.

However, according to the Evening Standard, there is also interest from Everton and Newcastle, with the two Premier League clubs both scouting him this season.

The report claims that Lyon are determined to keep hold of the Brazilian this month but would be open to discussing an exit during the summer transfer window.

Guimaraes has scored seven goals and registered five assists in 84 appearances for Les Gones since joining the club from Athletico Paranaense in January 2020.