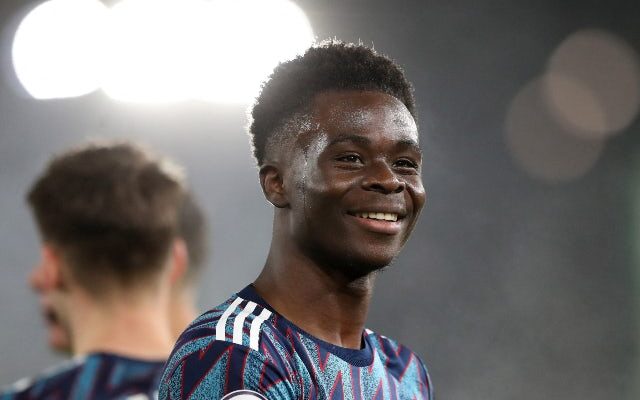 Former Arsenal and England midfielder Ray Parlour has suggested that Bukayo Saka could be a target for Premier League leaders Manchester City.

The 20-year-old winger has been a standout performer for the Gunners this season, scoring seven goals and providing four assists in 22 appearances across all competitions.

Saka is considered as a key asset under Mikel Arteta; however, Parlour believes his former side will struggle to keep hold of their best players if clubs such as Man City register their interest.

“You know what the hardest thing [for Arsenal] is going to be? Keeping their players,” Parlour told talkSPORT.

“You know [what’s happened] over the years. Saka must be on people’s radar all day long, a big side like Manchester City must be looking at him going, ‘he’ll improve our side’.”

Saka, who has also been linked with Liverpool, is under contract at the Emirates Stadium until June 2024 but Arsenal are believed to have tabled a new six-year deal for the England international.