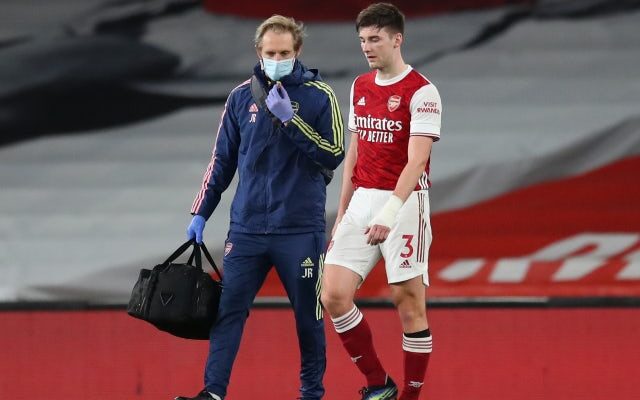 Arsenal manager Mikel Arteta is hopeful that Kieran Tierney will be available for Sunday’s Premier League showdown with Watford.

The left-back has been forced to miss wins over Aston Villa, Leeds United and Leicester City due to a bruised ankle, and Arteta was pessimistic over his fitness last weekend.

However, giving a team news update to the media in his pre-game press conference, Arteta is hopeful that Tierney will be passed fit to face the Hornets.

“Kieran has been training the last two days, he is feeling much better so hopefully he will be available,” Arteta was quoted by football.london as saying.

Nuno Tavares has impressed at left-back during Tierney’s absence, but the Portugal Under-21 international is now facing competition to hold his place in the Gunners’ first XI.

Tierney’s potential return would leave Granit Xhaka as the Gunners’ only confirmed absentee, with the Switzerland captain still facing a couple of months out with his knee problem.