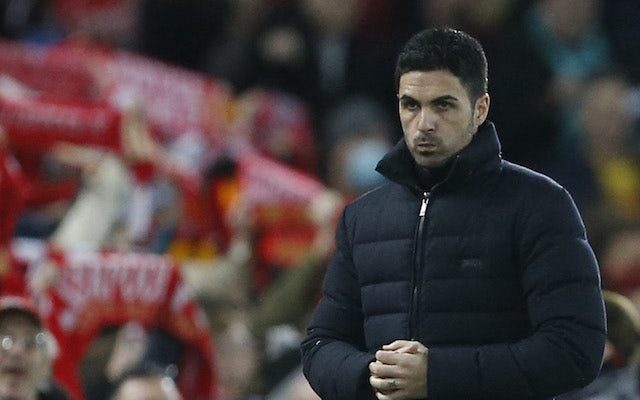 Arsenal are reportedly hopeful that Thursday’s EFL Cup semi-final second leg with Liverpool will go ahead as scheduled.

The Gunners requested the postponement of Sunday’s clash with Tottenham Hotspur due to a combination of injuries, COVID-19 and the Africa Cup of Nations, which the Premier League accepted.

The decision sparked controversy due to Arsenal only having two confirmed coronavirus cases, and there were initial doubts that the visit of Liverpool was also in danger.

However, the Daily Mail reports that Mikel Arteta‘s side are confident that the tie will be played this week, as the injuries that Bukayo Saka, Calum Chambers and Cedric Soares picked up in the first leg are not serious.

The report adds that Takehiro Tomiyasu should also be available, while Martin Odegaard has completed his self-isolation period after recovering from coronavirus.

Arteta will soon be boosted by the return of Thomas Partey following Ghana’s early exit from AFCON, and Pierre-Emerick Aubameyang is also set to return to London Colney due to post-COVID complications.

The 10 men of Arsenal held Liverpool to a 0-0 draw in the first leg last week, with the game originally postponed due to Liverpool’s COVID-19 outbreak, although many Reds cases turned out to be false positives.