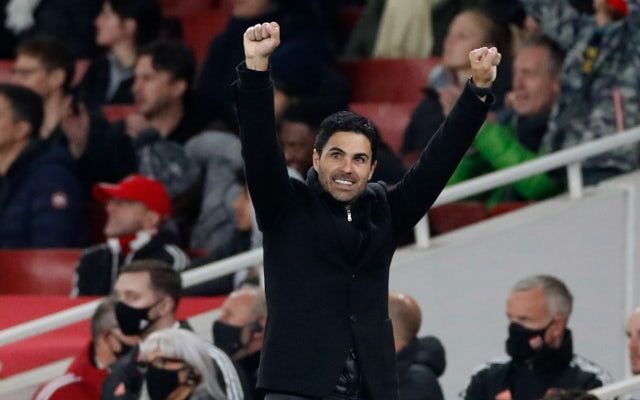 The 19-year-old linked up with the League One outfit in the summer transfer window but has struggled to make an impact in Danny Cowley‘s side so far.

Azeez has only played 59 minutes of domestic football for Portsmouth during his loan spell, starting in a 2-1 defeat to Cambridge United before being hauled off.

As a result, football.london claims that Arsenal could cancel his loan deal, with the Gunners concerned about the midfielder’s lack of action under Cowley.

Azeez boasts three goals and two assists for the Arsenal Under-23 side so far and made his first-team debut in a Europa League win over Dundalk last season.