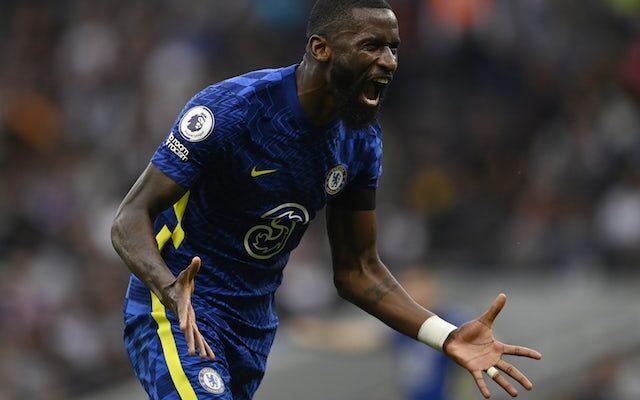 Antonio Rudiger has suggested that his sole focus is on performing to the best of his ability for Chelsea head coach Thomas Tuchel.

With just eight months remaining on his contract at Stamford Bridge, the 28-year-old is being heavily linked with a transfer to another top European club.

However, the Germany international has reiterated his commitment to the Blues, at least in the short term as he looks to show his gratitude for the faith shown in him by Tuchel since January.

Speaking in an exclusive interview with The Guardian, Rudiger said: “Tuchel gave me new life. I wouldn’t say he said: ‘You have to be the biggest speaker in the dressing room.’ I’m not like this. I like to show everything on the pitch. He told me what he expects – my natural game: to be aggressive, to be a leader.

“The most important thing is that I feel happy here. I think if people look at it, they can see I’ m happy. About the contract situation, I talk with the club. This is for nobody’s ears. It was how I said it would be after the Euros – there would be talks.

“There was a talk between Marina [Granovskaia, a Chelsea director] and my agent. We have the situation where we are at now and I have nothing to do with all the speculation. This is not in my mind. I’m focused on what I’m doing because this is why I wake up every morning.”

Rudiger has made 12 starts in the Premier League and Champions League this season, the most of any outfield Chelsea player.