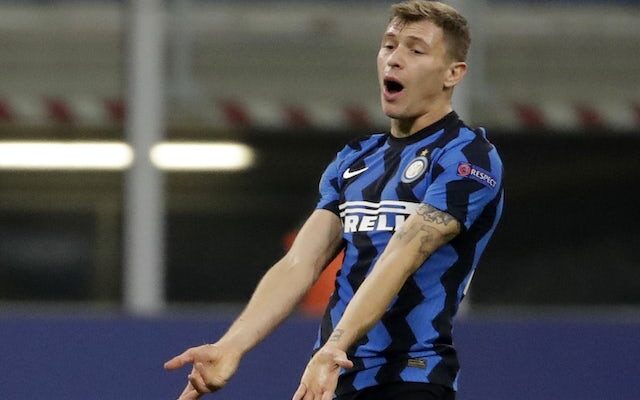 Conte was confirmed as Tottenham’s new head coach on Tuesday, and it is believed that the Italian will be handed a transfer budget of £150m to improve the squad.

According to the Daily Mail, the 52-year-old has identified Barella as a leading target, with the Italy international starring under the experienced manager at San Siro last term.

The 24-year-old – also linked with Liverpool and Manchester United – has been in impressive form at club level this term, scoring once and providing six assists in 11 Serie A appearances.

Inter are allegedly currently in advanced talks with Barella over a new deal, with the midfielder also set to be offered the captain’s armband at the club.

The Italian champions are in a strong position when it comes to the Italian’s future, with his contract at San Siro due to run until June 2024.