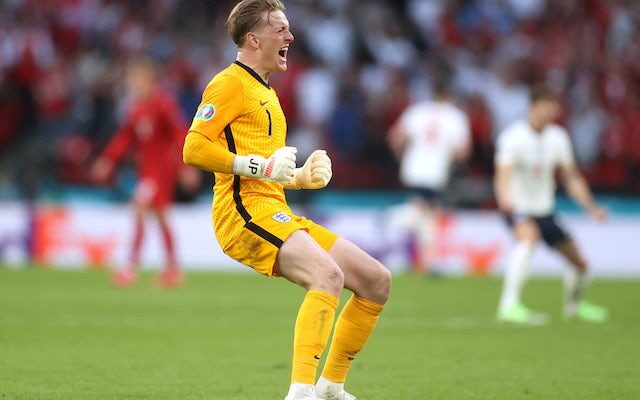 Hugo Lloris‘s contract at the Tottenham Hotspur Stadium is due to expire next June, and the France international is believed to be considering seeking pastures new at the end of his deal.

According to The Telegraph, Conte is keen to sign a British goalkeeper next summer, and Pickford is currently being discussed by the capital giants as a potential incoming.

The 27-year-old joined Everton from Sunderland in a £25m deal in July 2017 and has made 172 appearances for the Toffees in all competitions.

Pickford is also Gareth Southgate‘s undisputed number one for the Three Lions, helping his country reach the semi-finals of the 2018 World Cup and final of Euro 2020.

Conte, who is preparing his team for Sunday’s Premier League clash with Leeds United, is allegedly keen to sign a new stopper next summer even if Lloris pens an extension.