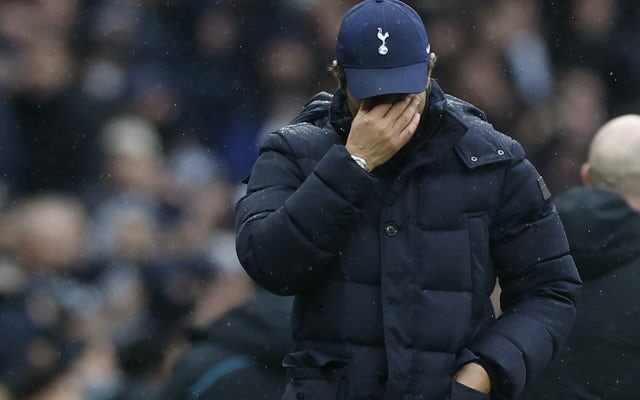 Tottenham Hotspur manager Antonio Conte has claimed that it is “impossible” for his side to consider a top-four finish on current form.

Spurs fell to a 2-0 defeat at home to Wolverhampton Wanderers on Sunday afternoon as Raul Jimenez and Leander Dendoncker capitalised on some poor defending in the opening 20 minutes to put the visitors in control.

Conte’s side were ultimately unable to recover from that slow start as they slumped to a third successive Premier League defeat, having gone unbeaten in their opening nine top-flight matches under the Italian.

Conte was pleased with the performance as a whole, but admitted that Spurs are some way off being contenders for Champions League qualification.

“After the game against Southampton I said this is part of the process but we know very well that it is not easy when you start the game in this way, because when you go 2-0 down it is not simple and I have nothing to tell about the commitment of the players because until the end we pushed and tried to score.

“We created chances. But in the end we are talking about another defeat and we have to continue to work and to know that it won’t be easy for us.

“I am telling you from my arrival that we have to struggle every game, I was very clear after three weeks about my opinion and we have to continue to work. There are a lot of jobs to do but it is not simple because the environment is used to play for Champions League, Europa League, but everyone maybe has to realise something has changed and you have to try to work to build again and we have to know this.

“I am trying with my players to do everything to improve the situation but the environment has to understand which is our position in this moment. When you lose two games in a row at home and a previous game against Chelsea, a team that wants to fight for the Champions League is impossible.

“We have to fight and try to build something important to improve the situation but it is important to know the situation because otherwise maybe our fans could be disappointed and instead they have to try and push us and stay behind us – these players need to feel the right atmosphere and not pressure about a target that at this moment you can’t think. This is my evaluation.”

The defeat leaves Spurs eighth in the Premier League table, although they remain only four points adrift of the Champions League places with two games in hand over fourth-placed West Ham United.

Conte, meanwhile, has suffered three league defeats in a row as a manager for the first time since 2009.