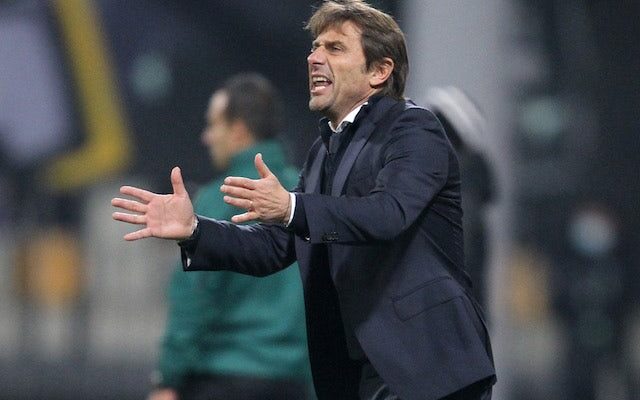 Tottenham Hotspur boss Antonio Conte has admitted that he is “starting to understand” the situation at the club following Thursday’s humiliating defeat to NS Mura.

The Premier League and Serie A-winning coach had made an unbeaten start to life at Spurs prior to making the journey to Slovenia, where a much-changed Lilywhites side were embarrassed in the Europa Conference League.

Tomi Horvat and Harry Kane struck for the two clubs before Mura substitute Amadej Marosa won it for his side with the final kick of the game, and Conte pulled no punches in his post-match press conference.

“I have found players that want to work and have great commitment but sometimes it is not enough,” Conte told reporters. ” I must be honest and tell you that after three and a half weeks, I am starting to understand the situation. I can tell you that the situation is not simple.

“It is not simple because in this moment because for sure the level of Tottenham is not so high. There is an important gap to the top teams in England.

“After three and a half weeks, I am happy to stay here (be here) but at the same time I must be honest and tell you we need to work a lot to improve the quality of the (current) squad. We are Tottenham and Tottenham in this moment, there is an important gap.

Spurs’ hopes of top spot in Group G have now been dashed, and Conte’s side will aim to respond in Sunday’s Premier League encounter with Burnley.