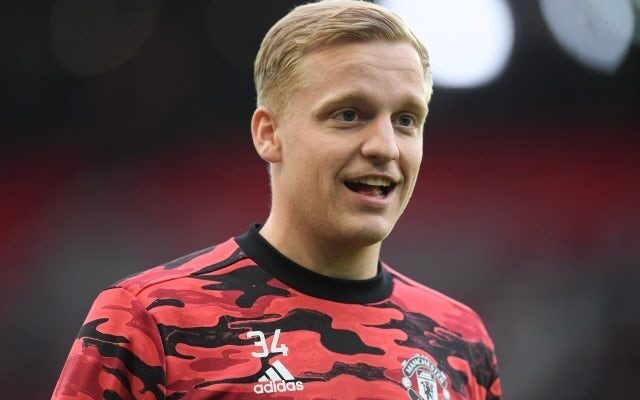 Both Martial and Van de Beek struggled for regular action under Solskjaer this season, and the duo continue to be strongly linked with moves away from Old Trafford.

However, the pair were named in Michael Carrick‘s first XI in the Champions League on Tuesday, as the Red Devils booked their spot in the round of 16 with a 2-0 success at Villarreal.

According to the Daily Mail, Martial and Van de Beek are now prepared to delay making any decisions on their futures while the club search for an interim boss.

Carrick will continue to lead the first team while the club look to appoint an interim manager for the remainder of the season, with former Barcelona boss Ernesto Valverde believed to be in the picture.

Dean Henderson, Eric Bailly, Alex Telles and Diogo Dalot are also believed to be prepared to see what unfolds at the club in the coming weeks before making decisions on their futures.