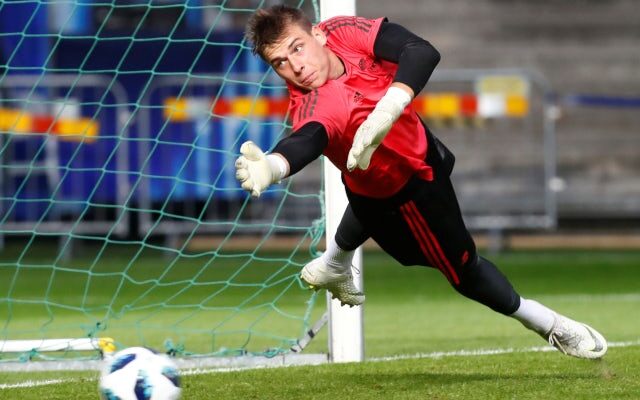 Andriy Lunin could reportedly seek a move away from Real Madrid next year if he continues to struggle for action at the Bernabeu.

The 22-year-old, who is the second-choice goalkeeper at Los Blancos behind Thibaut Courtois, has not made a single appearance at club level during the 2021-22 campaign.

Lunin still has three years left to run on his contract in Madrid, but he has only ever made one first-team appearance for the club, which came against Alcoyano in the Copa del Rey last season.

According to Marca, the Ukraine international is becoming frustrated by his lack of action, with Courtois the undisputed number one in the Spanish capital.

The report claims that the situation could lead to Lunin seeking a move away either in January or during next summer’s transfer window.

Los Blancos would allegedly be reluctant to let the stopper leave in the middle of the 2021-22 campaign but could be open to a departure at the end of the season.