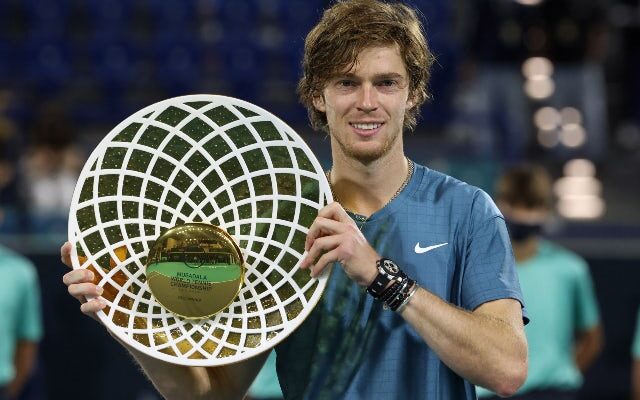 World number five Andrey Rublev has announced that he has become the latest tennis player to test positive for COVID-19.

The 24-year-old most recently saw off Denis Shapovalov and Andy Murray en route to the Mubadala World Tennis Championship crown, defeating the Brit in the final.

However, only a day after his semi-final opponent Shapovalov revealed that he had contracted coronavirus, Rublev has now confirmed that he is also COVID-positive ahead of the January tournaments.

Rublev wrote on social media: “I am currently in Barcelona and have unfortunately tested positive for COVID-19. I have minimal symptoms and am in isolation and following all the protocols.

“I am fully vaccinated and was preparing for tournaments – ATP Cup and Australian Open. Now I have to recover and I will go to Melbourne only when it will be safe for everyone.”

Rublev and Shapovalov are two high-profile names to have tested positive in recent weeks, with Rafael Nadal and Emma Raducanu also among those to have been affected.

Rublev posted his best Australian Open finish in the 2021 tournament – reaching the quarter-finals before bowing out to compatriot and eventual runner-up Daniil Medvedev.

The 2022 Australian Open is due to begin in Melbourne on January 17.