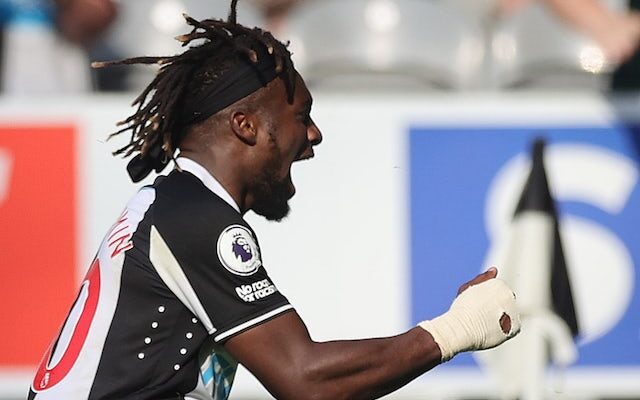 Newcastle United winger Allan Saint-Maximin has insisted that he sees himself staying at St. James’ Park in the long term, as long as the club fulfill their ambition to improve.

The Frenchman has caught eyes with his performances this season, netting two goals and providing three assists in 10 Premier League appearances, drawing in rumoured interest from across Europe as a result.

He has reaffirmed his loyalty to the Magpies though, saying: “If Newcastle’s ambitions and mine match, of course I see myself staying at Newcastle,” when asked about where he sees himself in 10 years, as quoted by Inside Futbol.

However, the forward would go on to say: “But for sure, with the goals that I have, if things don’t go as planned… I know very well what I want, the ambitions that I have in regards to the World Cup and the Champions League, if those ambitions don not match, I would be forced to think about something else.”

Following the successful takeover of the Magpies by the Saudi Public Investment Fund earlier in October, the club now have their sights set on long-term improvement, but they must first deal with a battle for their safety, having failed to win any of the opening 10 games of the league season.