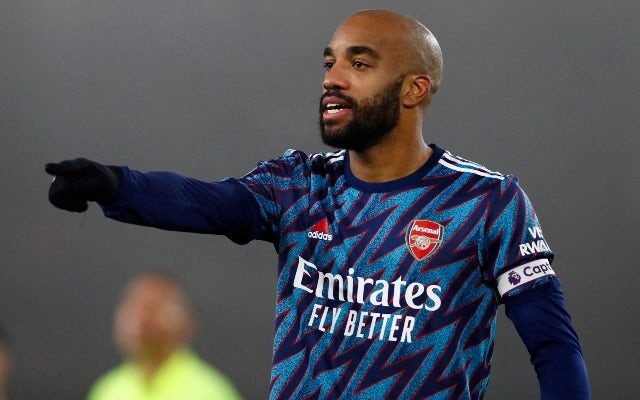 Arsenal striker Alexandre Lacazette will leave the club at the end of the season, according to a report.

The 30-year-old has started to become more of a regular fixture under Mikel Arteta but has so far refused to commit to a new deal beyond 2022.

The Gunners supposedly want to tie Lacazette down to a short-term extension at the club, but younger strikers in Dusan Vlahovic and Dominic Calvert-Lewin are being mentioned as possible targets for 2022.

As a result, French outlet L’Equipe states that Lacazette has made up his mind to leave the club when his existing deal runs out in the summer.

The report adds that the former Lyon man is hopeful of earning a long-term deal elsewhere, with Barcelona and Atletico Madrid both credited with an interest.

Lacazette has registered a goal or assist in each of Arsenal’s last four Premier League wins and boasts a total of 70 goals and 32 assists in 187 games for the club since 2017.