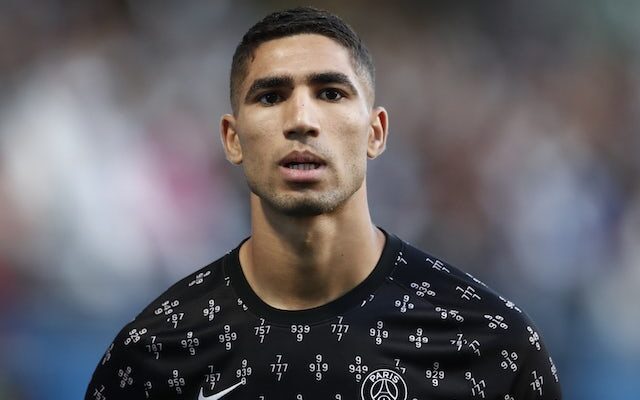 Paris Saint-Germain defender Achraf Hakimi is reportedly eager to secure a return to Real Madrid in the summer.

In his first season at Parc des Princes, the 23-year-old has been a first-team regular, making 20 starts and two substitute appearances in all competitions.

The Morocco international is tied to the French champions until 2026, suggesting that there is little possibility of a transfer in 2022.

Nevertheless, according to El Nacional, the attack-minded full-back wants to rejoin Los Blancos within a year of his exit.

While the report suggests that Real officials are monitoring the situation, Real are unlikely to want to meet the price-tag that they received earlier this year.

Hakimi is said to have cost in the region of €71m (£60.33m), a proposal which also included add-ons which could be activated in future seasons.