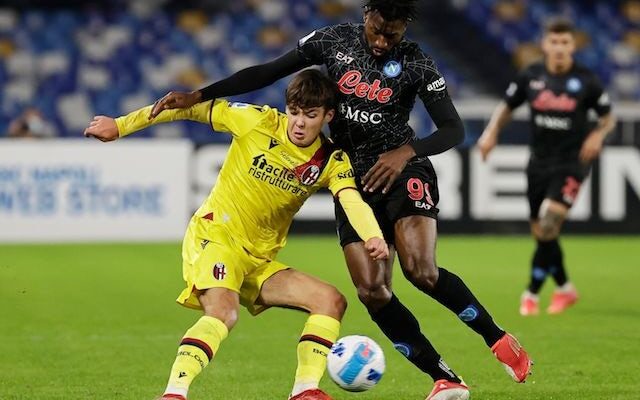 The 19-year-old left Hearts for Bologna last year in a deal thought to be worth around £1.5m and has enjoyed a positive start to the 2021-22 campaign.

The Scottish youngster has scored two goals in 10 Serie A appearances so far this season, and that form is understood to have attracted the attention of title-chasing AC Milan.

The Daily Record reports that the Italian giants view Hickey as a potential back-up to current left-back Theo Hernandez, who has been linked with a move to the likes of Real Madrid.

Aston Villa and Celtic have also been credited with an interest in taking Hickey back to the UK, although Bologna’s asking price is expected to be too high for the Glasgow outfit.

Bologna had placed an asking price of around £7m on the head of Hickey before his form this season, and are now expected to demand an even larger sum before they consider selling.