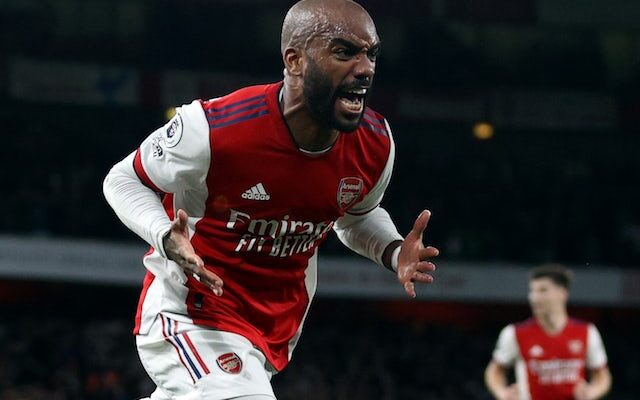 The 30-year-old’s contract at the Emirates Stadium is due to expire next June, and the Gunners are allegedly not prepared to discuss an extension until the end of the season.

As it stands, foreign clubs will be able to speak to the Frenchman in January about a pre-contract, and a number of clubs, including Atletico Madrid and Barcelona, have been linked with his services.

According to The Sun, there is also genuine interest from Milan, with the Italian giants ready to hand Lacazette the chance to continue his career in Serie A.

The striker will reportedly take his time when it comes to deciding his future, as a number of European clubs are keen to secure his services on a free transfer.

Lacazette has scored three times and contributed one assist in 10 appearances for Mikel Arteta‘s side during the 2021-22 campaign.