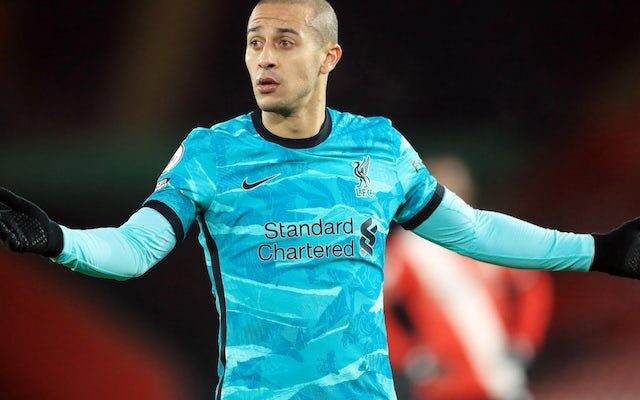 The Spaniard represented the Catalan giants between 2005 and 2013, progressing through the youth system at the club before making 101 first-team appearances.

Thiago then spent seven years in Germany with Bayern Munich before making the move to Liverpool in September 2020, but he has found it difficult to show his best form for the Reds.

According to Spanish journalist Pedro Almeida, Xavi wants to bring the Spain international back to Camp Nou, with the new head coach determined to boost his midfield next year.

Thiago has struggled with a calf problem in the early stages of the 2021-22 campaign, with the issue restricting him to just five Premier League appearances.

In total, the 30-year-old has made 37 appearances for Liverpool since his arrival, contributing one goal and one assist in the process.