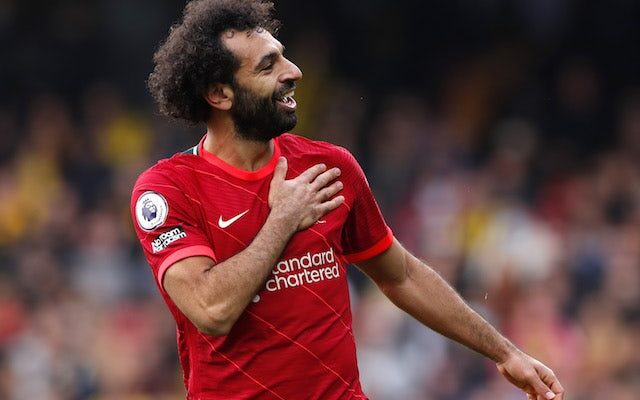 The Egypt international has been in excellent form for the Reds during the 2021-22 campaign, scoring 15 times and registering six assists in 15 appearances in all competitions.

Salah only has little over 18 months left to run on his contract at Anfield, though, and Liverpool have thus far been frustrated in their attempts to sign the attacker to an extension.

According to El Nacional, Xavi is desperate for Barcelona to sign a high-profile attacker next summer, and the Spaniard believes that Salah would be the perfect acquisition for the club.

The report claims that the new head coach at Camp Nou wants the Egyptian ‘at all costs’, with Real Madrid likely to sign Kylian Mbappe on a free transfer next year.

Barcelona’s financial problems saw them lose Lionel Messi over the summer, but the Catalan giants are expected to be in a more stable position ahead of the 2022-23 campaign.

Salah has scored 140 goals and registered 53 assists in 218 appearances for Liverpool since making the move from Roma in July 2017.