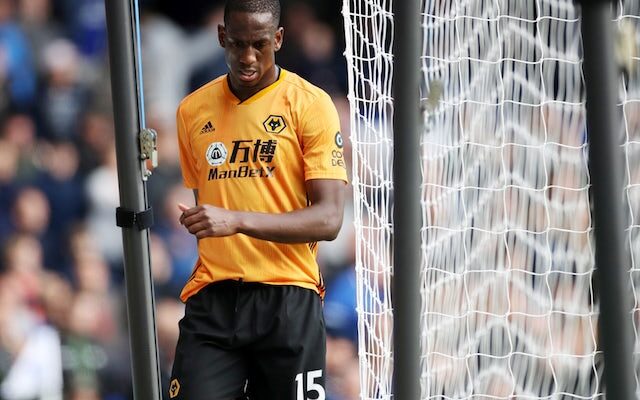 For much of his time at Molineux, Boly has been regarded as first choice, making a total of 137 starts since his arrival in July 2017.

However, the 30-year-old is yet to make an appearance in the Premier League this season, his only outing coming during the EFL Cup tie with Tottenham Hotspur in September.

According to the Daily Mail, Wolves are now prepared to cash in on Boly at a time when they are also in the market for a new centre-back.

While Boly still has just under 18 months remaining on his contract, Wolves may have to be sensible with regards to a fee given the Ivory Coast international’s lack of game time.

Wolves have recently recalled Dion Sanderson from his loan spell at Birmingham City, a further sign that head coach Bruno Lage is no longer reliant on Boly.