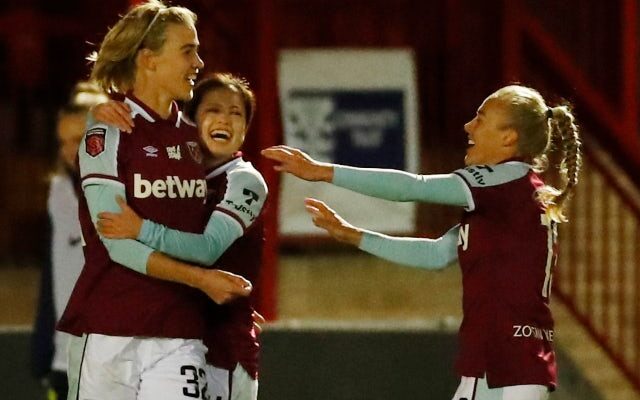 The Women’s Super League clash between West Ham United Women and Manchester United Women scheduled for Sunday has been postponed due to COVID-19.

A cluster of coronavirus cases in the Hammers’ camp ultimately led to the postponement of the fixture, which would have been the final match of gameweek 11 following the winter break.

West Ham’s proposed final game of 2021 with Chelsea was also called off due to COVID cases in the Blues’ camp, and Sunday’s game will now be rescheduled as well.

“The decision was agreed between both teams and the FA due to a number of suspected positive COVID-19 cases amongst our players and staff. A revised date for the match will be confirmed in due course.”

West Ham – who have not been in action since drawing 1-1 with Everton on December 12 – are due to travel to Tottenham Hotspur Ladies on Sunday 16 January for their first game of 2022.

Meanwhile, Marc Skinner‘s Man United – who sit fourth in the table – are due to take on Birmingham City Women on Saturday 15 January at lunchtime.