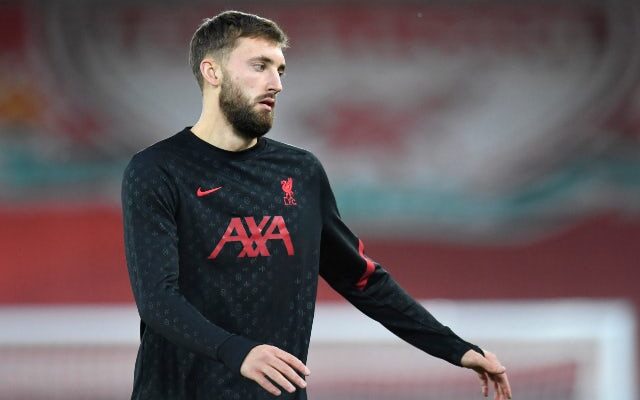 West Ham United are reportedly interested in Liverpool centre-backs Nat Phillips and Ben Davies, ahead of the January transfer window.

David Moyes is looking to bolster his defensive options in the winter window, after Angelo Ogbonna suffered an anterior cruciate ligament injury earlier this month, which has ruled him out for the rest of the season.

According to The Sun, the Hammers will priorities their pursuit of Burnley defender James Tarkowski, but have identified both Phillips and Davies as alternatives targets.

Phillips played a vital role at the heart of the defence under Jurgen Klopp for the second half of last season, amid Liverpool’s defensive injury crisis, with the 24-year-old making 20 appearances across all competitions.

However this campaign, Phillips has fallen back down the pecking order, featuring for just 46 minutes in two senior appearances, and the defender is now believed to be considering his options away from Anfield.

Davies, meanwhile, is currently on loan with Championship outfit Sheffield United, but Liverpool are able to cut his temporary deal short if a permanent transfer away from Merseyside can be agreed.

The 26-year-old has failed to make a single appearance for the Reds since his arrival from Preston North End in January, but has played 13 times for the Blades so far this season.